One of the most enjoyable things about our experience in India was getting our picture taken with people. We'd be standing in line for something, and someone would run up and say, "One photo!" We'd be walking down the street and we'd hear a voice call out, "Hello! One photo!" Visiting a monument, "One photo!" Looking in our guidebo--"One photo!" You get the idea.
It could get a little annoying, depending on the person asking, and how the person was asking, but more often than not, it was a super fun.
We were rock stars. A North American family with a blond son spotted in India was an experience to share with neighbours, so maybe proof of said meeting was a big part of the story.
Sometimes, that usual refrain was preceded with, "Oh, happy family!" which was for many the ice-breaker that allowed them to gauge our receptiveness to having that one photo taken.
(Anyone who first said, "Hello, massage?" and followed that up with, "One photo?" was met with a grimace.)

One day in Aurangabad, a group of young men were getting individual shots with Laura and the kids. I was lagging behind, of course, taking this photo. 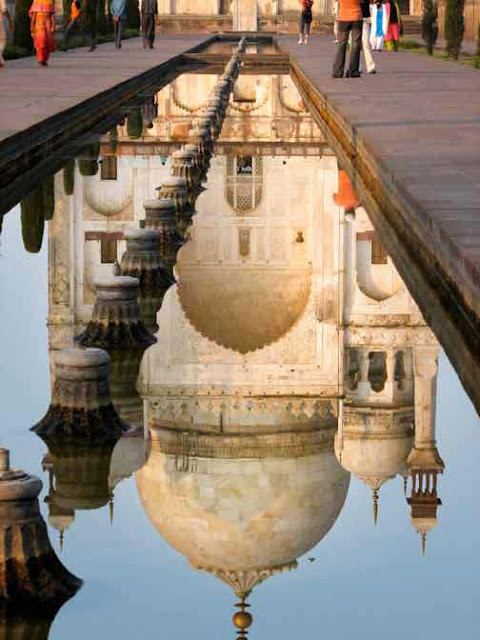 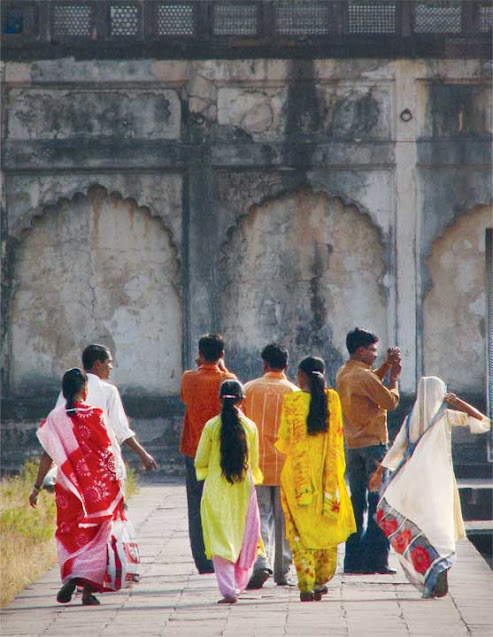 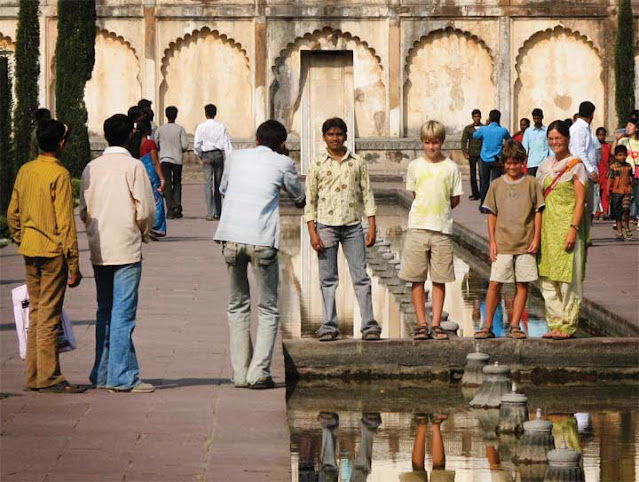 By the time I caught up to everyone, their photo session was pretty much done. I asked one of the young men if he would mind taking a family photo for us.
"Oh, no problem sir!" was the immediate and quite jovial reply. I handed my camera to the guy in the light blue. He promptly handed my camera to his friend in the yellow shirt, and then wrapped his arms around our two kids. Cheese. 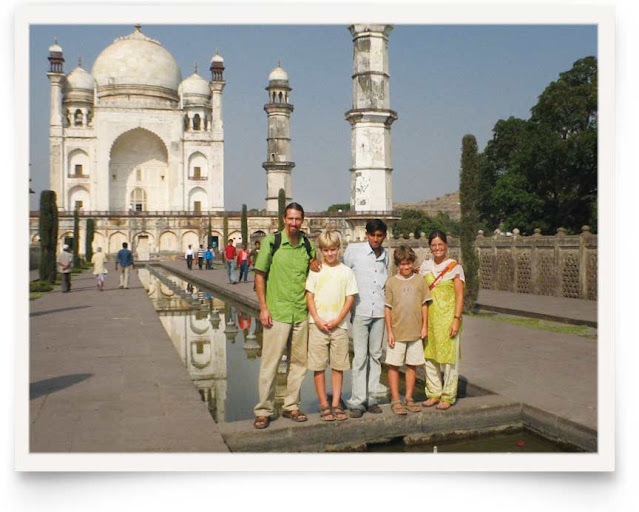 One of my favourite photos out of two hundred and seventy-five days.
Thanks for that, young fella.
Posted by rey on July 05, 2015