At midnight on July 29, 2007, we were sitting on a plane, anxious to arrive in Rome, Italy, where our travels began. We would spend most of August travelling around Italy before jumping on a ferry in Brindisi that took us to Patras, Greece. Due to an unfortunate event, our stay in Greece was extended by almost a week, and we took another ferry from the island of Chios to Cesme, Turkey on the sunny morning of October 8th. 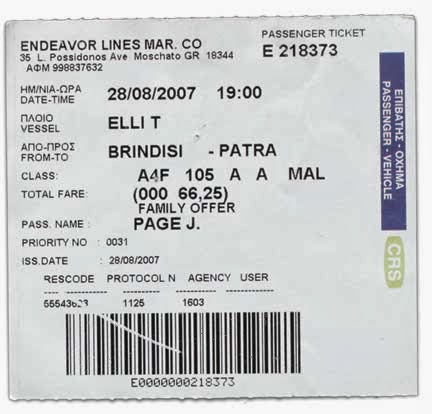 Four weeks later, November 4th, we got on a train in Istanbul and thirty six hours later arrived (with not a lot of fanfare but into a bit of chaos) in Aleppo, Syria.
On November 19th, we had a ridiculous cross border taxi ride to Amman, Jordan, and then on the 28th boarded a fast but ridiculously expensive ferry that took us to Numweiba, Egypt, on the Sinai Peninsula.
December 15th was pretty exciting as we flew business class from Cairo to Delhi, India. The fact that we'd planned to fly economy to Thiruvananthapurum, India (a mere 2,897 kilometres away from Delhi) only added some intrigue to our rather dull experience to that point (my wife says my sarcasm does not translate well over the internet, but I'm fairly certain the irony here is not lost on you).
Eleven bracing weeks of trains and busses in India, then on March 2nd we flew from Kolkata to Bangkok, Thailand for a brief stopover before taking the scam bus (we did not know it was the scam bus - we were warned, but we did not heed) from Bangkok to Siem Reap, Cambodia on March 5th.
On March 15th we took a bus (that did not have an extra fan belt in its tool kit) from Phnom Penh to Ho Chi Minh City 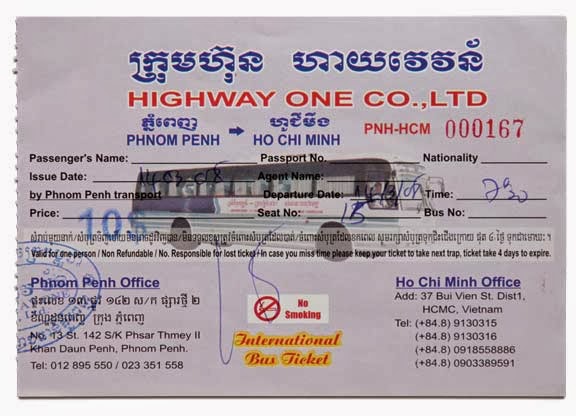 then travelled up the coast of Vietnam for three weeks.
After hearing about the gruelling 24 bus from Hanoi to Vientiane, Laos, we visited a travel agent in Phnom Penh and bought four plane tickets. And so it was that on the early morning of April 3rd, a poorly rested taxi driver took us the thirty two kilometres out of Hanoi to the quiet as can be Hanoi airport, and took our flight to Vientiane. 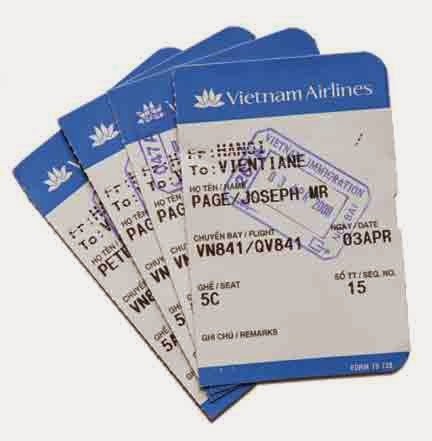 Four visa stamps and $168 US later, we stepped out into the thick warmth of the Lao sunshine, which we enjoyed thoroughly for nearly two weeks.
After some investigating, we took a slow going river boat up the Mekong River for two days, and arrived in Huay Xai, on the border with Thailand.
The following morning we caught a bus to Chiang Mai, and spent our last two weeks in Thailand before heading home on May 1st, 2008.

That is the short version of our travel story.

For an idea of what the long version will look like, go here.
There's a few abridged and unedited writeups of some of our days, some full pages from the book, and a short video of some of our experiences.

If you really like videos, you can see a bit more here as well.