One of the best pieces of advice we received from our travel guru, Max Johnston at Great Canadian Travel, was that if we planned to be travelling for nine months, we would need to take occasional vacations.

I wasn't entirely sure I had heard him right, but as soon as he said, "Maybe on a Greek island," I was sold. I think he carried on a bit after that, but my mind was already filling with ideas and possibilities.

His belief, which through first hand experience became our belief, was that travelling as we were planning on doing could be gruelling at times. We were not staying in five star resorts, no one was picking us up at the airport, nobody was arranging our day to day activities, and we weren't really quite sure what kind of beds we would be sleeping on, given our budget, or even where we might be sleeping, as on many occasions even that very night.
Max's first suggestion was an island by the name of Chios (which I previously talked about on the 275 Days Facebook page). "After six weeks, it might be a good idea to have a bit of a rest," he said, noting that once we got into the Middle East, there would be one more layer of, not difficulty, but something. He didn't actually put it into words, but we recognized that things would just begin to build at some point. The language barriers, the time away from home, the lack of additional supports beyond immediate family, always searching for accommodations, restaurants, bus stations, trains, always looking, always processing, always seeing new things, new people, new places, day after day. It was exhilarating, but without proper preparation, it would have been exhausting. We didn't fully understand before we left, but thankfully we took his advice.

Before we left home, I had booked a house on Chios Island for two weeks at the end of September, and with our itinerary in mind, had my eyes on a few places we might try to stop at throughout our journey. Little did I know how infatuated we would become with apartment living, which led to the rental of an apartment in Astros, Greece, three weeks before we would land on Chios. The place in Astros was a five minute drive from our first beach experience, pleasant, uncrowded, and very buoyant, salty water. We spent seven days on the Peloponnese, two of which were dedicated to that beach, sort of a primer for our time on Chios. 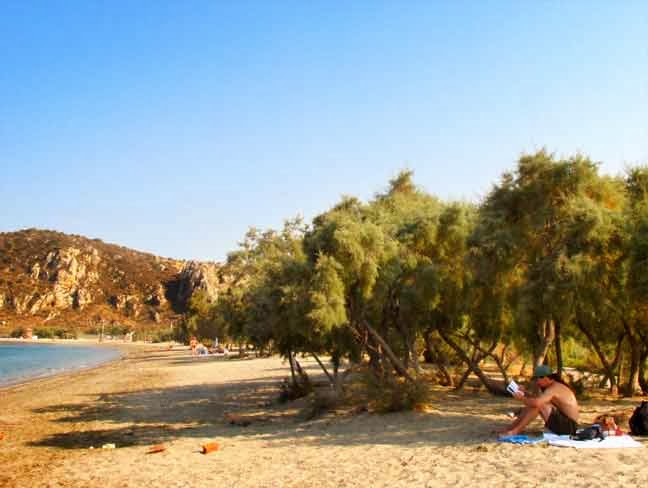 It was in Limnos, a tiny hamlet on the west coast of Chios, that the real vacation began.


We spent every day on the beach, reading about Turkey, thinking about where we had been, and just plain having fun. At one point Jonas said, "I'm tired of going to the beach every day." He joined us later.
It wasn't for another two months that we managed to get to the beach again, this time at the small community of Dahab, Egypt, on the east side of the Sinai Peninsula. Although we planned to do a trek out to Mt. Sinai to walk in the footsteps of Moses, the allure of the easy life in Dahab had too great a hold. The snorkelling (so I was told) was fantastic, colourful, beautiful fish and coral reefs just footsteps from the shoreline in some places. Laura popped out of the water a couple of times just to shout, "Wow!"


Koshary at Koshary House ( I think it was called) for lunch and supper kept us satisfied, and milkshakes at Al Capone's Restaurant (another story) making for relaxing afternoons by the water's edge, looking out to Saudi Arabia across the Gulf of Aqaba.
If you're in to diving, check out this video (not mine) posted on Vimeo.
We managed to extricate ourselves from Dahab's grip after four or five days, before we threw ourselves into the smog and congestion and fun of Cairo and Luxor.
Prior to and for the first few months of our trip, we spent a great deal of time thinking about what to do over Christmas and New Year's. A chance meeting in late November with Al and Maggie on an overnight trip with Bedouins in the Wadi Rum in Jordan provided the answer. One thought had been Goa, sort of the go-to beach destination in India. Al and Maggie suggested an alternative for us in little known Gokarna, which they said was what Goa used to be, fifteen or twenty years earlier. I started hunting down a place to stay, but it wasn't until December 12th that I confirmed our room at Hotel Gokarna International, for two weeks starting on Christmas Eve.

Those two weeks would prove critical to our piece of mind as it would be more than two months before we'd have an opportunity to relax like that again. Gokarna was the perfect place for us, easy going, very beautiful, great local, small, family run restaurants, and as a bonus, remarkably inexpensive.

Our New Year's Eve celebration meal at the Pai Restaurant, complete with lassis and desserts for everyone, came to the kingly sum of about $10.25 Canadian.

I think we had twelve of our fourteen breakfasts at Mahalaxmi's. Yet one more reason I want to go back to India, to sit on the covered rooftop at Mahalaxmi's at breakfast time and have another lassi with my muesli while staring out at the Arabian Sea.

As we learned our way around Gokarna, figured out just how exactly the bank machines worked (don't follow the instructions on the machine itself), discovered a place on the way to the beach that sold fresh cinnamon buns, and found the most beautiful path to the beach, life became very peaceful. It was the perfect place to power up before plunging into the chaos (and I mean that in the most positive way) of India.


Eight weeks after leaving Gokarna, we hopped on a plane in Kolkata that was bound for the shiny, shiny country of Thailand, and three weeks after that, found ourselves willing captives of the Hong Di Guesthouse in Mui Ne, Vietnam, on the South China Sea. Again, it was a place to wind down, and take time to process all of the excitement, the frustrations, and the thrill, while recovering from the overnight busses, the two dollar beds, the pace of life on the road. 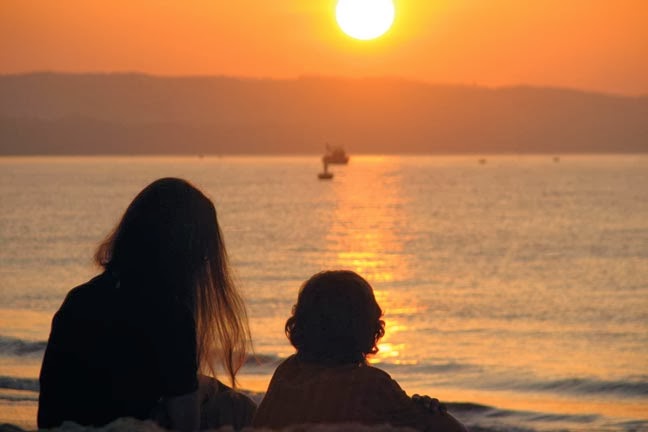 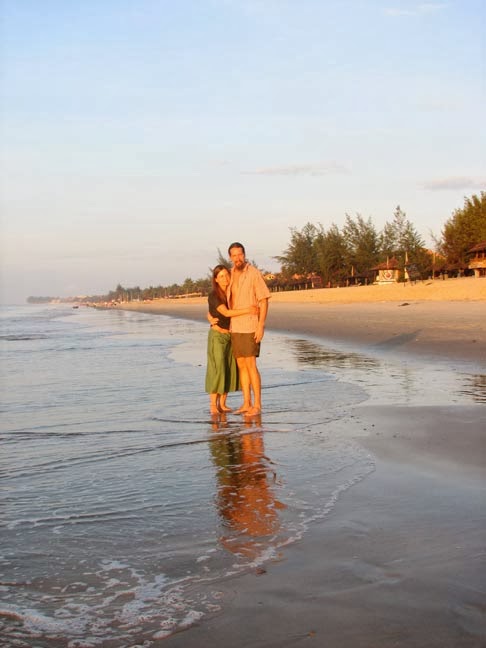 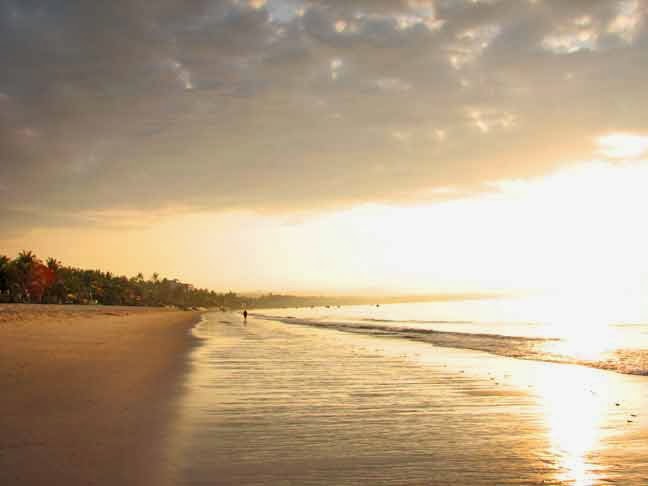 Another five weeks of movement, and then we made our way to Koh Chang, an island in the Gulf of Thailand. This was our last vacation, our last week in fact, before we would fly home. We did a lot of reflecting during that week, and that beach on Chios Island seemed like a lifetime ago. At the Treehouse Lodge on Long Beach, there was nothing around for miles, no distractions, and very few people. 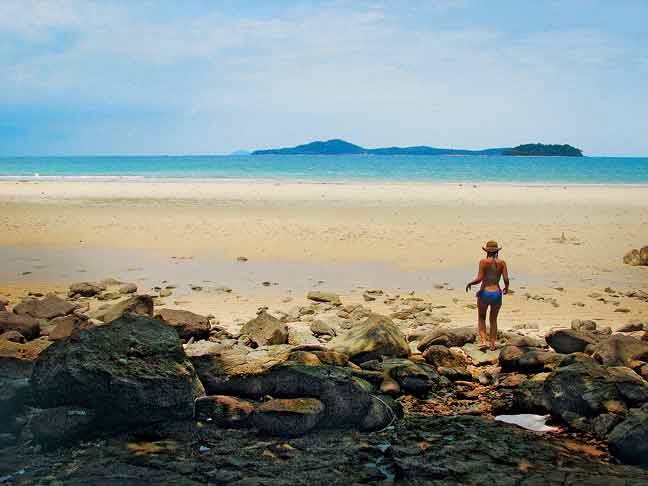 We had cold showers in the open air bath, we laid in the shallow water as the tide rolled out, we played with the cats, we relaxed and we dreamed of home. 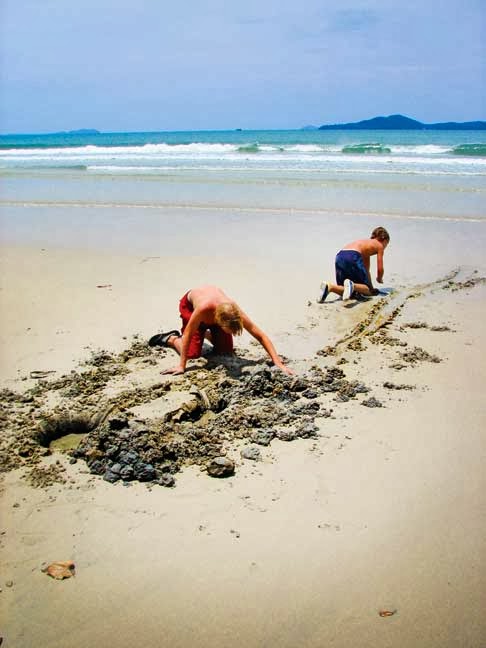 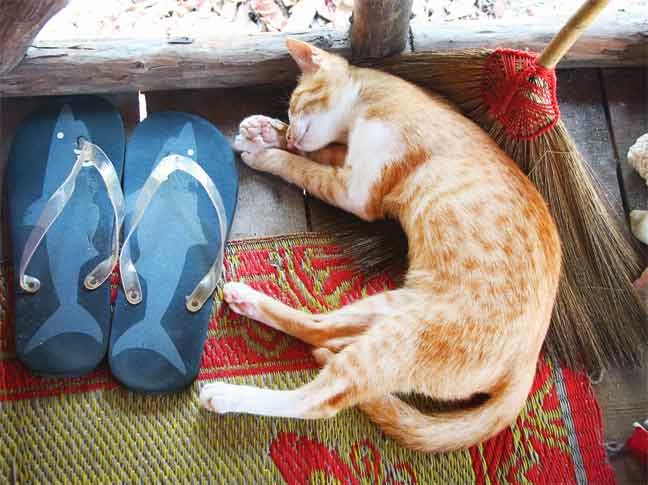 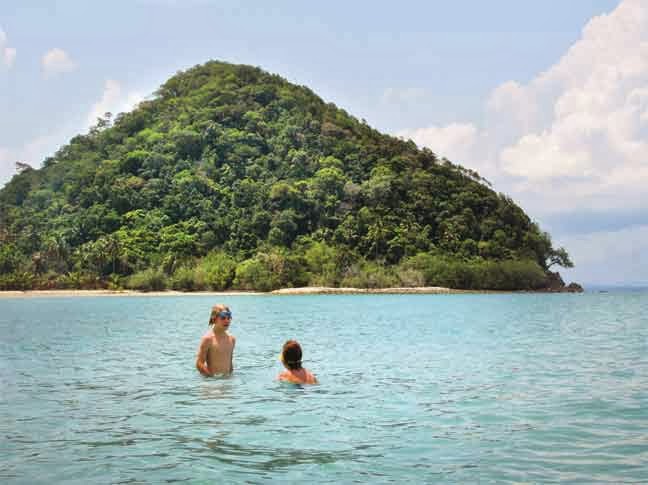 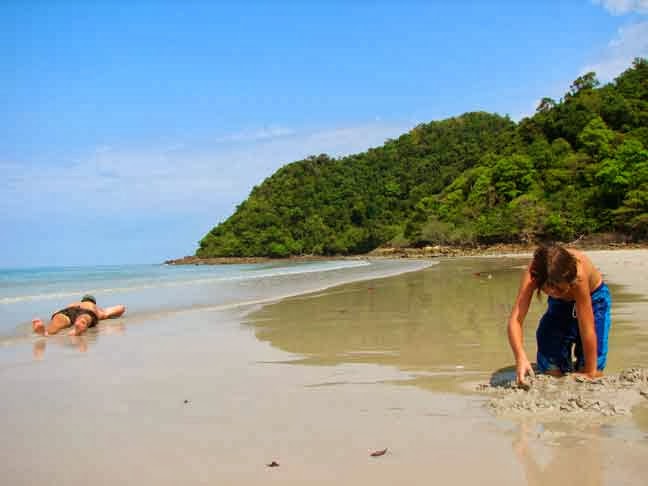 Want to take an extended vacation? Make sure you have a holiday or two while you are away. 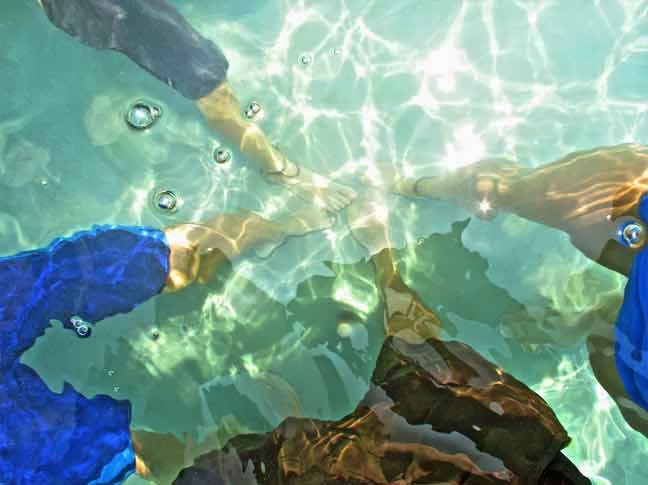