Travelling with Children - A True Story

At what point do you let your child decide he has had enough cantaloupe for breakfast, especially when you want to be sure everyone’s getting enough fruits and vegetables after all those ham sandwiches? Apparently, one piece earlier than I did.

The drive to Matera was a long and winding one. You know the kind, where the road turns sharply to the left and right, uphill and right back down before your stomach has time to realize it’s supposed to be going down with the rest of your body. Usually that sort of thing is kind of fun, but today we got what marketing people might call a “value added bonus” along that scenic drive.

Matthew started making some noise about not feeling well, but managed to keep things under control for about fifteen minutes. Eventually though, the roads wore him down, and that cantaloupe needed release.

As soon as Matthew lurched forward, Jonas looked like he was trying to escape a house on fire, using all four limbs to propel himself out of the car, despite the fact that the car was still moving. All I could say was, Yup, pull over. As soon as possible please. And I reached back and put my hand under Matthew’s mouth. I have no idea why or what I hoped to accomplish. As soon as Matthew was done, he took a deep breath, one of those chest-expanding breaths that makes you purse your lips and exhale like Dizzy Gillespie blowing on his trumpet. That feels better, he said.

We pulled into what looked like a cross between a cafe and a repair shop, with two old fellas sitting on lawn chairs out front. Drinking beer. It was 9:30 in the morning. Laura helped Matthew get cleaned up while I stood with my (clean) hand on my chin, pondering what to do next as I looked at the floor of the car. The men rested their beers on their laps, and leaned forward slightly, curious as to what we were up to.

I figured the first thing I needed to do was deal with the sheer volume, pulsating on the floor where there should have been a rubber mat. I knelt down, and used my hand and forearm like a squeegee, pulling a surprisingly large quantity of breakfast over the lip and out the door, which landed on the ground with an impressive splat. At that point, the beer drinkers pretended to be looking nonchalantly in the other direction.
I cleaned my arm off with the remains of a kleenex, and ran across the street to the grocery store to get cleaning supplies. We did our best to clean out the car, and used a half-dozen air fresheners to deal with what remained.

Back in the car and on the road again, Jonas eyed Matthew like a hawk, wary of any suspicious movements or sounds. But with the foul cantaloupe eradicated, Matthew was happy as could be. I told him that when he is a teenager, any time he is annoyed with me, he must remember this precise moment, when he was throwing up in the rental car in Italy, and I was holding out my hand in a way that only a father could at a time like that.
That is love, Laura told him. 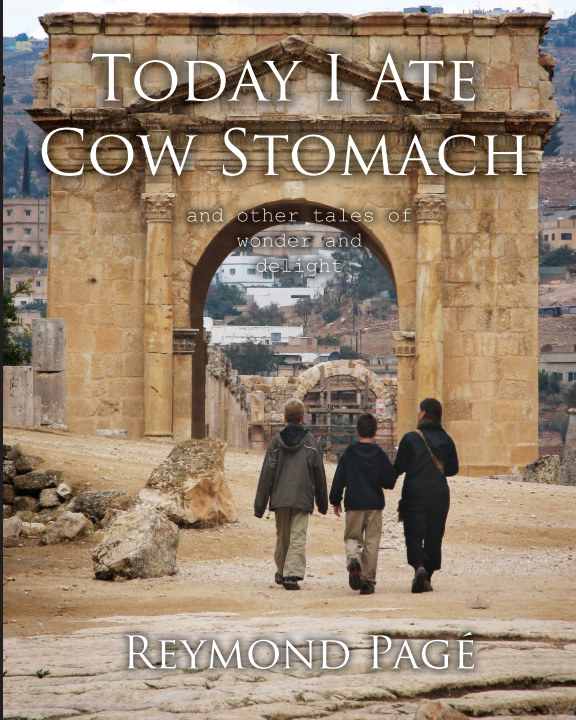